My fourth destination on my 20 Years of Travel series is Cuba! As many of you know, as an American, this destination was not open to US visitors during my lifetime until recently. In 2015, Americans were allowed with some restrictions to travel to Cuba, so my husband, his parents and I jumped at the opportunity to visit. At that time you still had to provide an reason for being there, so we were on a People to People Excursion, which was also a photography tour.

I’ve never been on a photography tour like this before. It wasn’t just walk the streets and

take pictures. It was get up before the sun to learn how to take sunrise shots. There were no naps on the bus rides, because that was when you learned about your camera’s features and editing features by professional photographers: Brenda Tharp and Jed Manwaring. Then you get to have your photos critiqued (nicely…of course) by the other members in the group. It was a very intensive course, but I learned so much. I hope I am still using at least 10% of what I learned about photography during that week..

I loved this town. It was comprised of vibrant colors and interesting people. We spent a lot of time wandering the streets here, getting a real taste of the Cuban culture. We found a few musicians, who were very talented. That convinced me that I should check out one

of the Cuban salsa clubs in the evening, which was interesting and definitely not something I had experienced before. While taking a break on one of our daily walks, we found a man who was telling us about his daily routine of walking many miles down a hill outside of town to come and sell a few bananas for not even the equivalent of $2 US dollars. Then he would walk back up the hill every evening. His shoes were worn almost completely through, and it was a bit heartbreaking. Shoes that cost us $50 US dollars would cost Cubans 5 times that, since at the time they were imported from China. I really felt that I was gaining a huge understanding of basic Cuban life during our time in Trinidad. 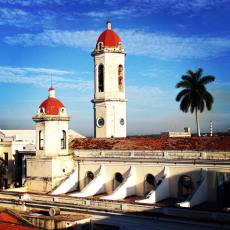 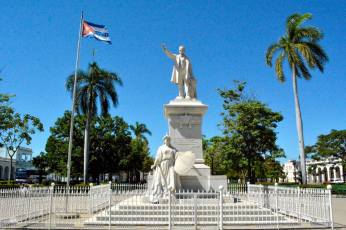 If you have read Hemingway, Cienfuegos might sound familiar. It was featured in The Old Man and the Sea, which I read for the first time while I was in Cienfuegos. I thought it

was quite appropriate. This town is located on a bay, so you will see a lot of boats – both yachts and fishing boats. While we did have some luxury time to indulge in some of Cuba’s famous liquor (see photo below), we spent a portion of our time at an art school. These young people were so talented. They just blew me away on how they could take any item and turn it into an amazing piece of art (see picture on the right where they were using just clothespins). They were so happy to tell us about their school and what art means to them. 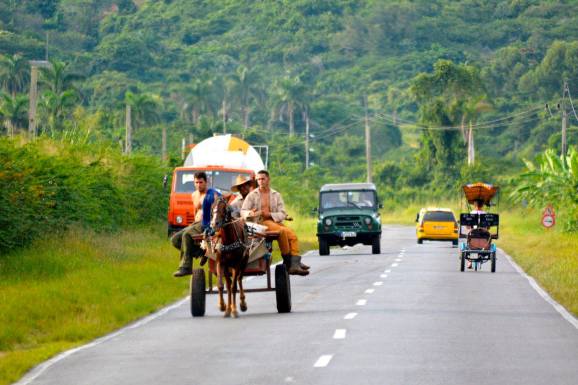 This part of Cuba was the biggest shock to me. The lush greenery reminded me of something I would see on a South Pacific Island. I wasn’t expecting this. As we headed 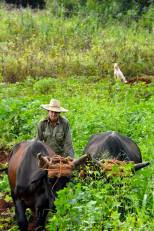 into the hills, we saw a lot of farm land and stopped at one such farm. This farm grows crops, raises animals like chickens, and produces coffee (see picture below). The owners of this farm were really welcoming. It was interesting to experience farming without the giant machinery, though it has to be such hard labor (see picture on the left). The land in this part of Cuba seems to get enough rain that an advanced irrigation system is not necessary at least. I felt a little bad for invading on this family during their work day, but they were so friendly and even brewed some coffee for us. 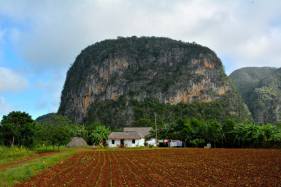 After getting a true taste of rural Cuba, we headed into the hills. If you enjoy biking there are some great biking trails in this area. The scenery is just amazing. While our hotel (Hotel Los Jazmines) did not produce the most comfortable night’s sleep, the views were just stunning (see below). I almost didn’t regret getting up before the sun to capture these amazing photographs. 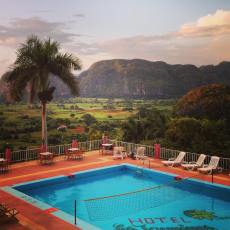 We ended our trip with a few days in Havana. It has been a dream of mine to see Havana

since I was a little kid (thank you Guys and Dolls), so I was really looking forward to this. Havana is not just a great place to learn about Cuba’s history (though we did visit the Revolution Museum, which was great) and view it’s amazing architecture (see picture on the right), but the arts are prevalent in Cuban culture as mentioned in my Trinidad section. We started our exploration into their arts scene by visiting the studio of Compas Dance. They performed for us as well and just blew me away.

We also went to visit a Cuban ballet company, where they were rehearsing for a performance of Giselle. 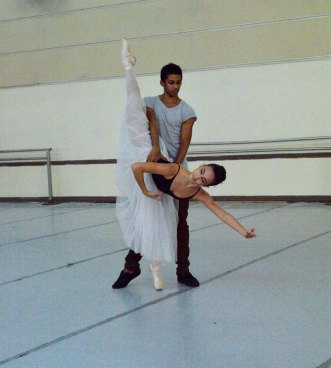 I enjoyed this trip so much! It wasn’t about being a tourist. It was about exploring a culture that had been so unfamiliar to me. Cubans are such hard workers with so much passion. The people there opened up their homes and their hearts to us, and I just couldn’t be more grateful for the opportunity to finally have explored Cuba.

Stay tuned for the next feature in the 20 Years of Travel series. Until then….